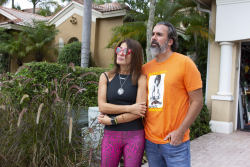 I recently drove 950 miles to give the keynote commencement address at an online high school based in Las Vegas. Two thousand students were supposedly going to attend, but it turned out that the school didn’t exist.

The fake high school and the deceptive editing of my speech weren’t the only falsehoods here. A gun control organization called “Change the Ref” hoodwinked news outlets worldwide to propagate a lie about how extensive gun violence is in the United States.

The videos made from this address focus on the “lost class.” Specifically, “they are the 3,044 graduating high school seniors that died from gun violence,” according to Change the Ref. These dead students were represented by the vast sea of 3,044 empty chairs that the group had me give my “dress rehearsal” talk in front of.

It is a claim that received unquestioning national (e.g., USA Today, MSNBC, CNN, Washington Post) and international (e.g., The Guardian [UK], Stern [Germany], SBS News [Australia]) news coverage parroting this figure, even running the number in their headlines. But it is a number that isn’t even remotely close to the truth.

About 3.7 million students were expected to graduate from high school during the 2020-21 school year. But 3,000 of them were not killed with firearms. In this country there are 4.1 million 17-year-olds. Yet, Centers for Disease Control statistics show that in 2019 (the last year for which data is available), 17-year-olds were the victims of 337 homicides, 18 accidental deaths, and 193 suicides. That’s a total of 548 gun deaths — about one-sixth the number cited by Change the Ref.

But even these numbers are inflated. Homicides include justifiable homicides, such as when a victim shoots a 17-year-old robber or rapist or person intent on murdering them. That death shouldn’t be in the same category as school shooting fatalities. Gang-related violence is the biggest source of murders for this age group. Those lives surely count, but it’s misleading to simply describe them as otherwise “graduating high school seniors.”

Suppose that we look at the data for all 77 million people under 18 — a number over 20 times larger than the total of graduating seniors. The CDC shows that there were 938 homicides, 88 accidental deaths, and 657 suicides — for a tally of 1,638 gun deaths. Even that figure is little more than half of what the media is spouting. And again, even these numbers exaggerate the true figure.

I pointed out the inaccuracies to multiple reporters, but only one bothered to question it in her story. I have challenged Change the Ref on Twitter, but the media outlets didn’t care and so the group ignored me. Its video claims that the solution to these deaths is universal background checks. But while background checks may help people feel better, and that is important, they won’t really stop criminals from getting guns illegally. Just as people find ways to buy illicit drugs, criminals will find ways to buy illicit guns.

Change the Ref similarly belittles my point that every single place in the world that has banned either all guns or all handguns has seen murder/homicide rates go up. If guns on net cause harm, surely such a ban should cause murder/homicide rates to fall, but you can’t find even one place where they stay the same. Yet, the attack isn’t factually based; the group merely plays an emotional 911 call where someone is the victim of a gun crime.

This was an expensive fraud. Sam Shepherd, executive creative director at the large and prestigious advertising agency Leo Burnett, told AdWeek that his team worked “around the clock for months” to come up with this idea. But if gun control activists had confidence in their arguments, they wouldn’t find it necessary to lie, alter, and misstate what other people have said.

Most media outlets just  accept this poor behavior, and are happy to cite false statistics. That is too bad, because Americans need accurate facts.

Lott is the president of the Crime Prevention Research Center and the author most recently of “Gun Control Myths.” Until last month, Lott was the senior adviser for research and statistics at the U.S. Department of Justice’s Office of Legal Policy.